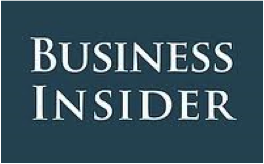 Don't Mean To Be Alarmist, But The TV Business May Be Starting To Collapse

In the first decade of the commercial Internet--the 1990s and early 2000s--there were frequent murmurings that newspapers were screwed.

The digital audience didn't read newspapers, people pointed out. They visited web sites. They read articles here and there. But they didn't put the stack of articles, photos, and ads known as a "newspaper" on their breakfast table and flip through the whole thing.

What's more, the digital audience stopped using newspapers as a reference and source for commerce. They browsed on eBay and Craigslist instead of reading classifieds. They got their movie news from movie sites. They got real-estate listings from real-estate sites. They learned about "sales" and other events from email and coupon sites. And so on.

In other words, the user behavior that had supported newspaper companies for a century began to change.

But for almost a whole decade, the newspaper industry barely noticed.

Those who said that newspapers were screwed were dismissed as clueless doom-mongers, at least by newspaper executives.

And lots of newspaper companies went broke or almost went broke. And the stock of The New York Times Company, the country's premiere newspaper, fell from $50 to $6. (See: "The Incredible Shrinking New York Times")

In other words, newspapers were screwed. It just took a while for changing user behavior to really hammer the business.

The same is almost certainly true for television.

If not for live sports, which are consumed by exactly one member of our household (me), there is no way we would be paying for cable TV or any other kind of traditional pay TV anymore. And even as a sports fan, I'm starting to find the fragmented multi-channel coverage of the few sports I watch--like tennis (Grand Slams), baseball (Yankees), and football (Jets/Giants)--so annoying that I may soon investigate just getting those via direct subscriptions.

We still consume some TV content, but we consume it when and where we want it, and we consume it deliberately: In other words, we don't settle down in front of the TV and watch "what's on." And, again with the exception of live sports, we've gotten so used to watching shows and series without ads that ads now seem extraordinarily intrusive and annoying. Our kids see TV ads so rarely that they're actually curious about and confused by them: "What is that? A commercial?"

So, what are the key points of this shift in user behavior for the traditional TV business?

More directly, what this means is this:

This user behavior has been changing for a while, and, so far, it has had almost no impact on the TV business. On the contrary, the networks and cable companies are still fat and happy, and they're coining more and more money every year.

But remember what happened in the newspaper business.

When the Internet arrived, user behavior started to change. It took a decade for this change in behavior to hit the business. But when it hit the business, it hit it hard--and it destroyed it shockingly quickly.

And the same thing seems likely to happen to the TV business. The only questions are:

What is the shift in user behavior likely to do to the TV business?

Bottom line, as it has in newspapers, the TV business is going to have to get radically more efficient. It won't disappear--newspapers haven't disappeared--but the fat and happy days will have to end.

As for the other question, "when," the answer may be "now."

Cable TV ratings over the past year have dropped sharply, as this chart from Citi shows. 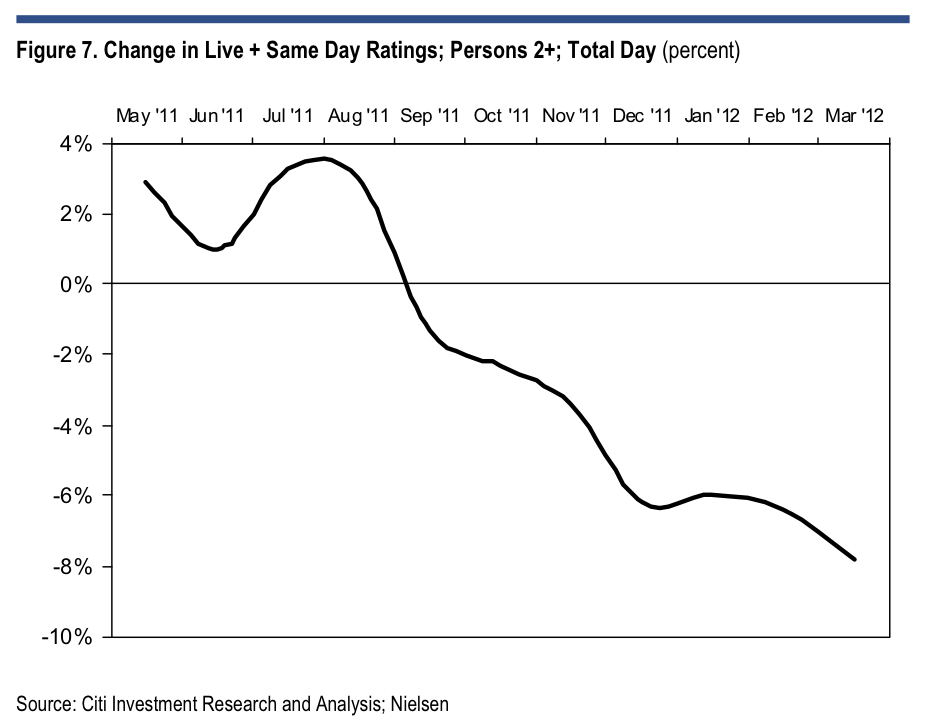 A recent survey from Nielsen, meanwhile, included some startling statistics, including the following:


Needless to say, a decade ago, newspaper industry forecasters were not expecting newspaper advertising to do this: 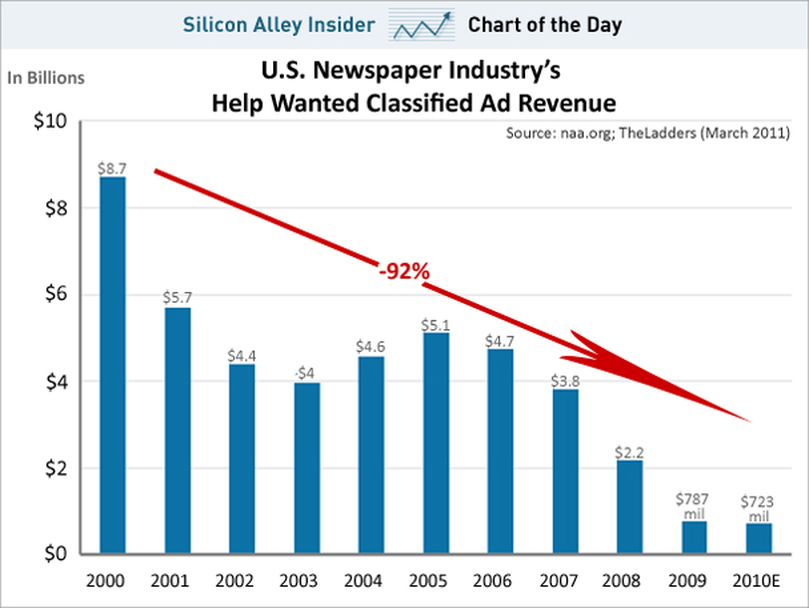 But user behavior is changing fast.

And at some point, that's going to hammer the business.

See Additional Articles & Reports on This Subject Below