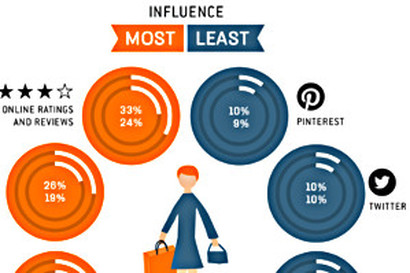 Although online channels such as ratings and reviews, search results, and email promotions influence online shoppers' purchases most, traditional paper catalogs also hold sway, according to a survey from Baynote and the e-tailing group. Meanwhile, social networking sites are the least effective channel for influencing shoppers whether they are making purchases in-store or online.

Among online shoppers surveyed, online ratings and reviews were cited as the most influential source of information when making online (33%) and in-store purchases (24%). Search results via Google were the second most influential source of information for online and in-store purchases (26% and 19%, respectively), followed by email promotions (25% and 19%, respectively). 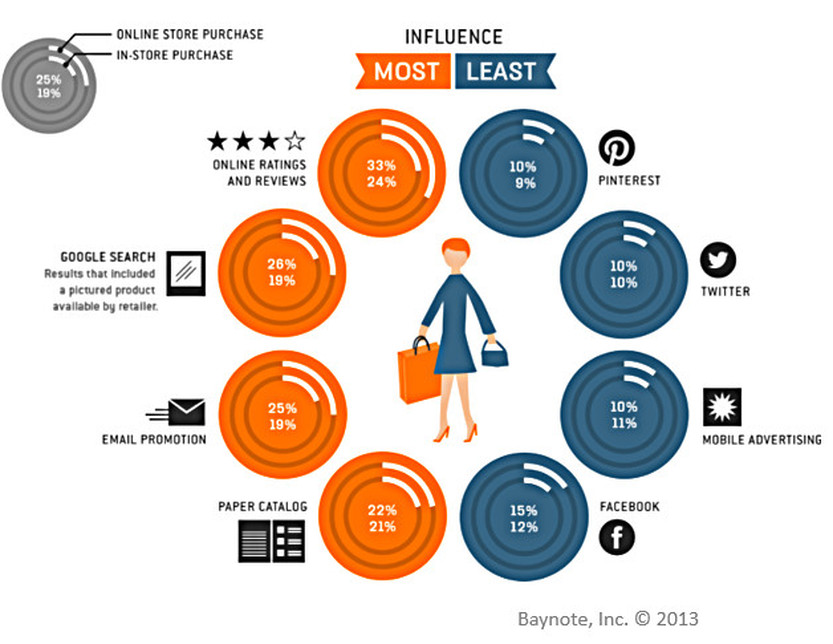 Even so, people still love their paper catalogs: 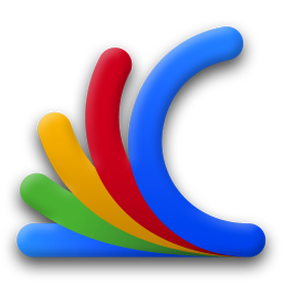 22% of smartphone owners cited print catalogs as the most influential source of information when making online purchases, and 21% cited paper catalogs for in-store purchases.

Making the Final Purchase
Ultimately, cost matters most to people: 47% of online shoppers cited price as the ultimate influencer for making a final purchase, while 38% cited free shipping. 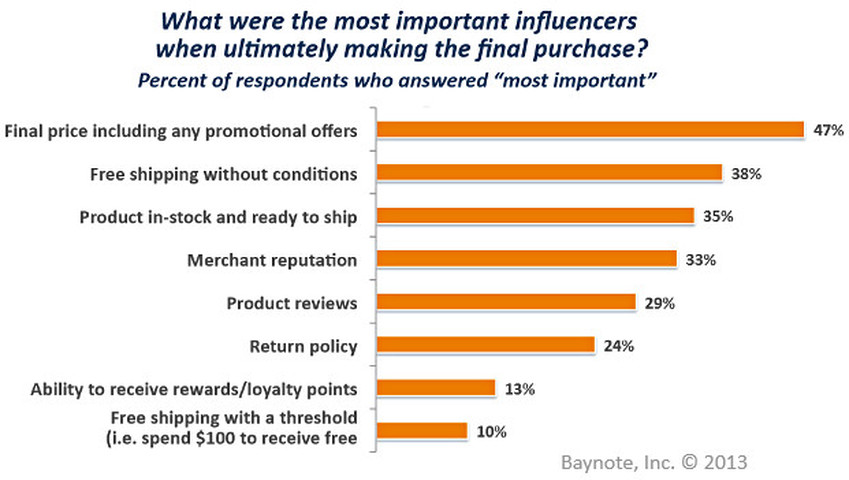 However, in the hyper-competitive retail market, factors such as the availability of a product (35%), merchant reputation (33%), product reviews (29%), and return policy (24%) still sway buyers. 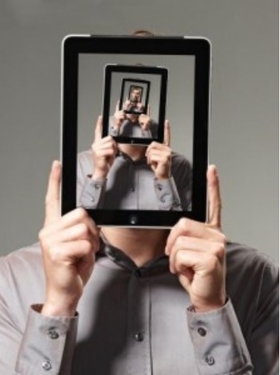 During the 2012 holiday season, consumers favored tablets over smartphones when browsing, shopping, and transacting online:

About the data: Findings are based on a survey of 1,000 consumers fielded by the e-tailing group for Baynote, Nov. 24 to Dec. 5, 2012. Respondents had shopped online more than four times in the previous year, spending $250+ annually. All respondents owned a smartphone and 55% owned a tablet.

Is Print Really Dead?
The Dynamics Of Print 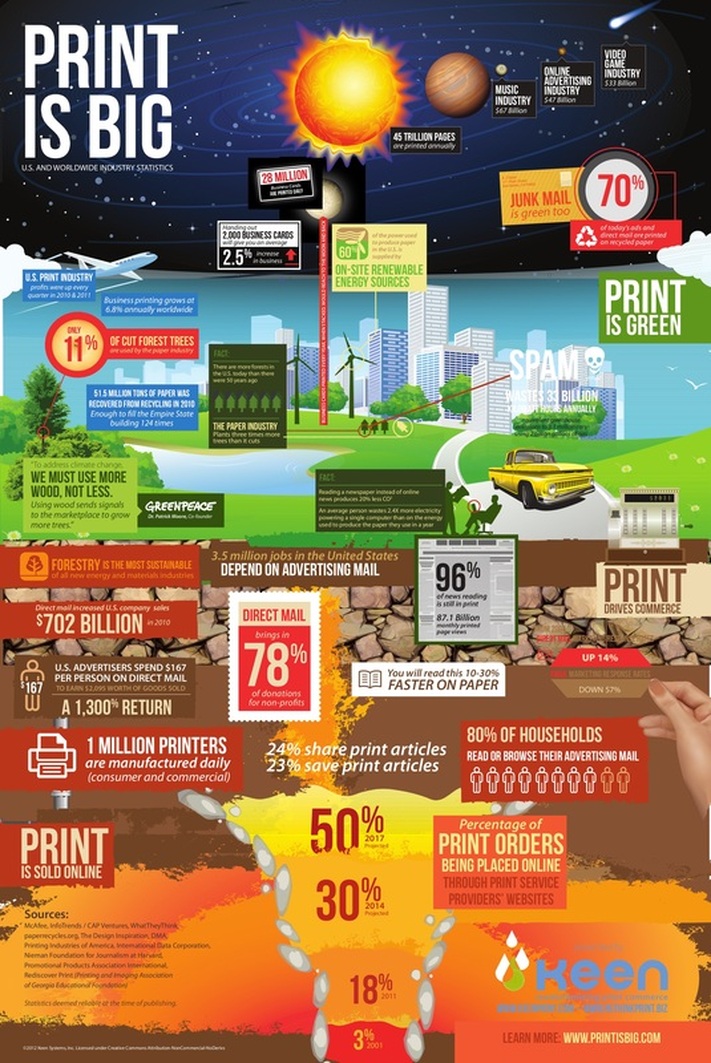