The Demographics of Social Media Users — 2012 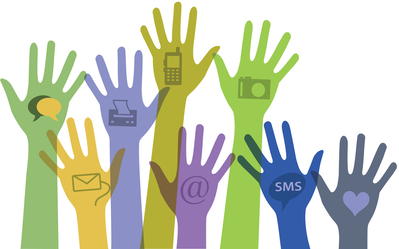 A late 2012 survey by the Pew Research Center’s Internet & American Life Project shows that young adults are more likely than others to use major social media. At the same time, other groups are interested in different sites and services. In the case of Pinterest, Instagram, and Tumblr, these are the first reportable survey readings by Pew Research allowing comparison of whites, African-Americans, and Latinos.

These readings come from a national survey conducted between November 14 and December 9, 2012 on landline and cell phones and in English and in Spanish. The results reported here come from the 1,802 respondents who are internet users and the margin of error is +/- 2.6 percentage points.

Figures on Facebook usage are taken from a separate Pew Research Center survey conducted in December 2012. For more in-depth information about Americans’ Facebook habits, see our recent report “Coming and Going on Facebook.” 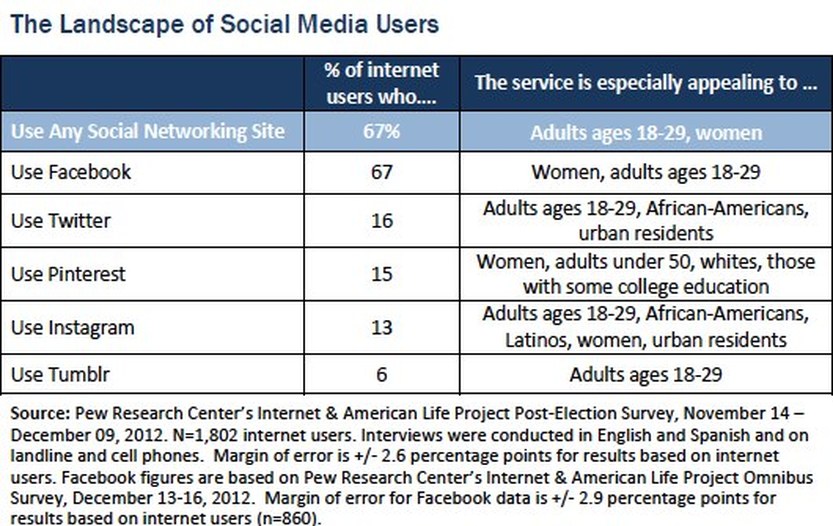 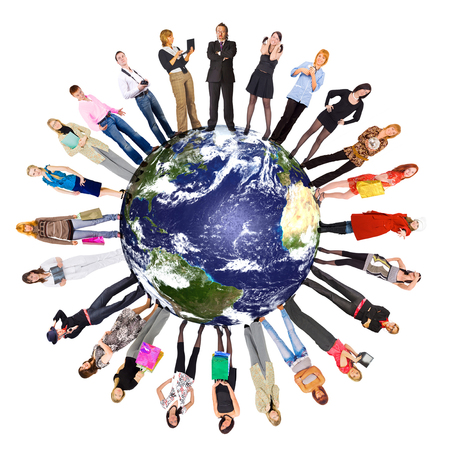 (Note: This page will be updated whenever new data is available.) 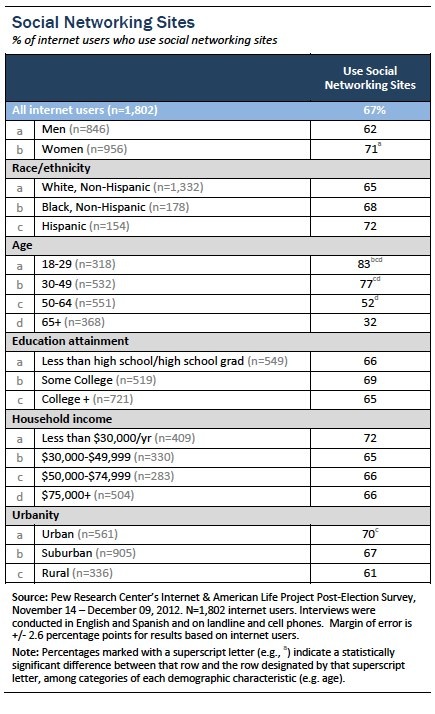 Social Networking Sites Used By Age Group: 2005-2012
Click here to download a spreadsheet of the data below. 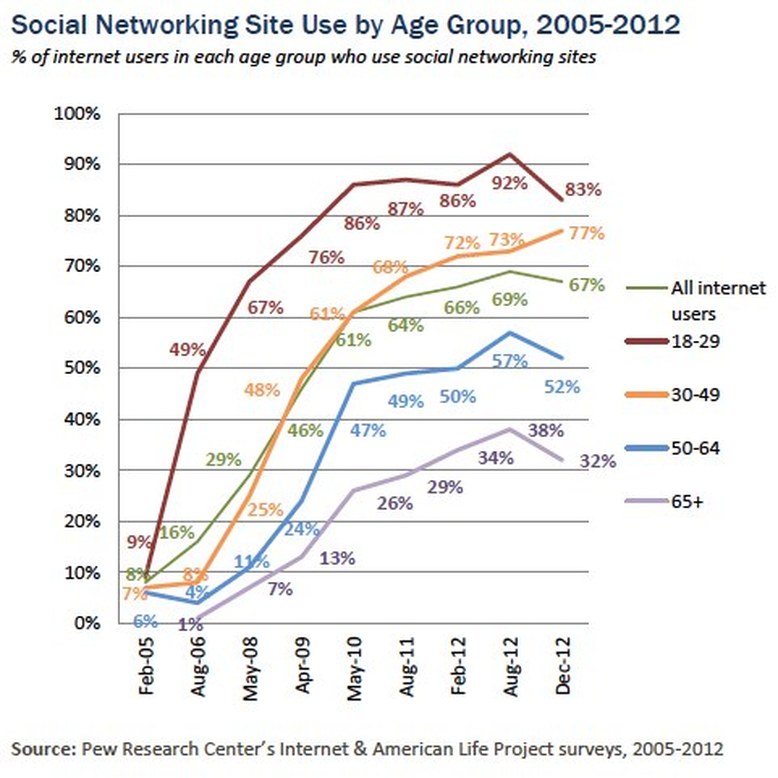 The growing ubiquity of cell phones, especially the rise of smartphones, has made social networking just a finger tap away.  Fully 40% of cell phone owners use a social networking site on their phone, and 28% do so on a typical day.  Young people, blacks, Hispanics, the highly educated and those with a higher annual household income are more likely to use SNS on their phones than other groups. 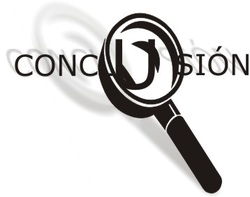 Do social networking sites isolate people and truncate their relationships? Or are there benefits associated with being connected to others in this way? In November 2010, we examined SNS in a survey that explored people’s overall social networks and how use of these technologies is related to trust, tolerance, social support, community, and political engagement, and found:

The average Facebook user gets more from their friends on Facebook than they give to their friends. Why? Because of a segment of “power users,” who specialize in different Facebook activities and contribute much more than the typical user does.

We conducted a new study that for the first time combines server logs of Facebook activity with survey data to explore the structure of Facebook friendship networks and measures of social well-being. These data were then matched with survey responses. And the new findings show that over a one-month period:

Social networking sites have become an important additional arena for politics.  They are a resource for political news, information, finding likeminded issue-oriented people, and a tool for voter outreach in the run-up to elections.  During the 2012 campaign season, Pew Internet released a number of reports on the role of social networking sites on elections and the political process:

For a full overview of Pew Internet’s research on the internet and politics, please read our Politics Summary Sheet (insert url here).  Or for access to our full politics archive, please visit http://pewinternet.org/Topics/Activities-and-Pursuits/Politics.aspx?typeFilter=5

Want more Pew Internet info on social networking? Check out these greatest hits, from our archives:

Why Americans use social media

The Social Side of the Internet

Millennials will make online sharing in networks a lifelong habit

The Strength of Internet Ties
Top of Page