​Why Your Marketing Spends Aren’t Working And Why Your Results Probably Just Suck.

Why Your Marketing Spends Aren’t Working And Why Your Results Probably Just Suck.

A growing body of evidence shows why Gen Y consumers aren't ideal: because many of them are broke.
But a troublesome detail has been persistently overlooked over the last decade of wooing this crowd: Millennials—many of them, anyway—are strapped for cash.
READ IT HERE
​#1 - The current savings rate for Millennial's is negative 2 percent.  Yes, you read that correctly. Not only aren't Millennial's saving any money, but they are also actually spending a good bit more than they are earning every month.

#2 - A survey conducted earlier last year found that 47 percent of all Millennials are using at least half of their paychecks to pay off debt.

#3 - For U.S. households that are headed up by someone under the age of 40, average wealth is still about 30 percent below where it was back in 2007.

#4 - In 2005, the homeownership rate for U.S. households headed up by someone under the age of 35 was approximately 43 percent. Today, it is sitting at about 36 percent.
​
#5 - One recent survey discovered that an astounding 31.1 percent of all U.S. adults in the 18 to 34-year-old age bracket are currently living with their parents. 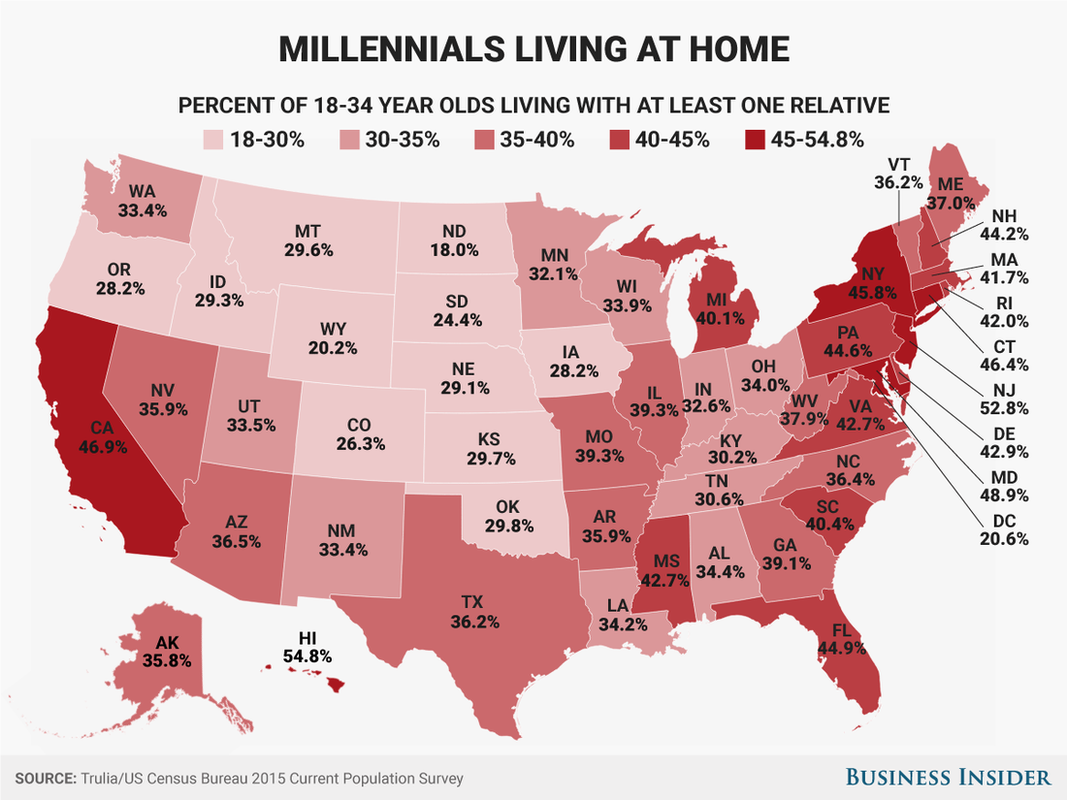 ​Oh, there’s more bad news, read all the research I did HERE .

And with all this said, guess who has all the money, people over 50 !!!! That demographic buys 50% of everything to the tune of $3.2 TRILLION per year, yet they receive less than 5% of your marketing dollars! Why, I believe it’s because Millennials are running your marketing and they haven’t done their due diligence, instead of assuming their generation, because of size, is who you need to target … WRONG!

​        The 50-plus and 60-plus population is clearly playing a large role in consumer spending and older consumers are going to become more significant as these trends intensify,” says Wayne Best, chief economist of Visa

5.     According to the U.S. Bureau of Labor Statistics, boomers account for 48% of consumer expenses each year, which means that if you target them, you can expect a higher ROI.

6.    According to the U.S. Bureau of Labor Statistics, boomers account for 48% of consumer expenses each year, which means that if you target them, you can expect a higher ROI.

8.    Boomers own 80 percent of all money in savings and loan associations.

10.  49 percent of Baby Boomer tablet users and 40 percent of smartphone users made a purchase after conducting searches on their devices.

Further, 24% of online shoppers fall between the ages of 45 and 54, though that age group represents less than 20% of the population. boomers generate more than 51% of the spending in the United States (and have a total annual economic activity of roughly $7.6 trillion,  according to AARP ).

Read the research, do your due diligence and maybe, just maybe, your marketing spend vs. results just may not suck anymore.
​
Just my take.

Bill is managing Partner of Napier Marketing Group, LLC., and the creator and owner of this website, www.social4retail.com.

​Bill has been in the Marketing Industry for over 35 years.

Bill has been the Chief Marketing Officer of several small, medium and large companies throughout his career. Many have labeled Bill Napier as being a “ Serial Disruptor and Strategic Storm Chaser” in the retail and home furnishings industry, a moniker he loves!

In the 90’s, Bill’s marketing agency PMA Network (Promotional Marketing Associates, Inc.), with offices in Minneapolis and Chicago, launched many consumer brands, as well as being a strategic consultant for The Times Square Millennium celebration. He was hired by Ashley Furniture in 2000 as their Chief Marketing Officer (CMO) and was blessed to be part of their astronomic growth from $800MM – $2.7BN over his 5-year tenure.
Bill has developed and maintains the largest aggregated marketing informational website for retailers and brands: www.social4retail.com.
​
Bill is also focused on how technology can help brick and mortar retailers compete with huge e-commerce retailers. He believes technology, properly implemented, can level the playing field because over 80% of consumers would prefer to shop and buy local. 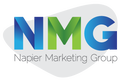