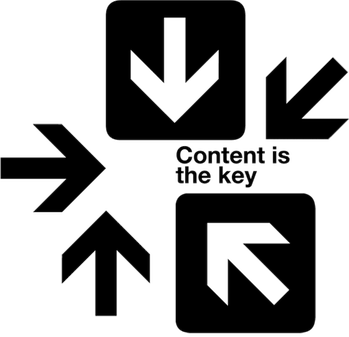 Facebook isn’t the preferred social site for either sharing or consuming
Consumers in the US are now on a variety of social networks, and while Facebook is still the most popular in terms of user numbers, other sites are more popular for sharing content—and others still for reading and viewing, without necessarily sharing.

Nearly seven in 10 US users of LinkedIn said they used the site for observing without actively posting content, while just 10% used it to share photos or status updates—the lowest share for any social network—according to a July 2012 survey from MyLife, conducted by Harris Interactive.

Meanwhile, foursquare was the top site for actively sharing content: 44% of foursquare users posted a photo or status update, while 34% said they used foursquare just for observing. Among Facebook users, 37% used the site to consume content, while 17% shared content.

Facebook’s position on both lists is interesting, but makes sense in context of the study. MyLife asked users if they used the sites for observing or sharing—one or the other—while many Facebook users are typically on the site for both purposes. Additionally, the sheer number of people on Facebook means many are probably less interested in frequent sharing: Not everyone is a content creator.

The intended purposes of LinkedIn and foursquare also explain their top positions on the list. Most users go on LinkedIn to look at other users’ profiles and learn about their job experiences—observation. Some users do update their pages or post links, but the main purpose of the site is to be able to read and consume professional information about other people.

foursquare, on the other hand, is all about sharing users’ current location. Users rarely log on to simply browse where other people have checked in. More often, they are checking in themselves first, and then perhaps posting photos, looking around at what others are doing, or using the Explore tab to find new places to visit.

Facebook still holds a prominent place when it comes to how users share and consume content, but the MyLife data also shows that sites which fulfill a niche role may be more popular for specific social activities.
Read more at

Why Content Is The New Currency
by Todd Copilevitz

These news items recently caught our attention: P&G shifting money from marketing to social media. And GM walking away from advertising on Facebook.

Question: Are these events contradictory or complementary?

The answer is that they are complementary. If you answered otherwise, you need to go back and review the last 15 years of digital evolution. If you got the answer correct, then what are you doing about it?

Please understand that the story here is not the demise of advertising. Rather, it's the rise of content. While GM may be cutting the $10 million it spends on Facebook ads, it has no inclination to cut the $30 million it spends annually to create content for Facebook. That's because unlike the advertising, the content is delivering results.

Across the digital world marketers are learning the same lesson -- advertising, and more significantly the marketing funnel as we have known it, are becoming ineffective tools for influencing how consumers move to purchase. Consumers are no longer willing to be shoved down the path to purchase, like meat being pushed through a grinder.

This is not just a change in tools -- it's part of the fundamental shift in how the consumer economy works. Now it's all about what goes in and on these digital channels; the messaging, the programming -- the content. You're either producing it, curating it, consuming it, or just not getting it.

Think about how people go about making major purchases today versus in 1992. It used to be that the brands under consideration were decided in the consumer's mind early on, pretty much dictated by advertising and word-of-mouth recommendations from a handful of family and friends. From there consumers evaluated and narrowed their choices prompted by advertising that reinforced analytical or emotional messages. Throw in a timely promotion here or there and we had fairly predictable consumer behavior.

The digital consumer has turned that process upside down. Close friends, family and marketing still play a role, but typically they are only influential early on. From that point on the experience is best described as a complex dance of digital influences during which some brands are winnowed, while others are also added to the mix. Instead of a simple funnel we're faced with something more like a spiraling cyclone with a debris field extending in all directions: a bit more challenging than the old funnel.

Think about the shopping experience that Amazon.com introduced. You may know what you're looking for, but as soon as you arrive at a specific product page, Amazon offers you a list of alternatives considered by others who shopped that product before you. What's more, Amazon encourages you and other shoppers to create your own content and reviews, related to the product. Does anyone buy goods and services without looking for consumer reviews now?

Across the digital landscape, people expect to be engaged, not interrupted. If you want the consumer to listen to your pitch you better entertain them, educate them, provide utility to enrich their lives, or generally bring them something of value. We call this content, and in our brave new world content is the currency of the realm.

So that brings me back to the GM story. Here is GM cutting ads, because investing in content for social channels gets better results. Actually, what they are doing is shifting money from the medium to the message, or from buying ads to investing in the power of stories. That's because that spiraling cyclone of consumer-to-consumer touchpoints we call social media is actually a better way to influence brand preference than advertising.

The problem is that social communities are hungry mouths that consume all the content you can throw at them and always want more. So the only way to stay at the center of the social conversation is to keep a stream of fresh, compelling content coming… all the time.

It's a bigger commitment to content creation than most brands are used to. Making a TV commercial once a year is one thing, but now you need a content factory. That’s a stretch for most organizations, but there really isn’t any way around it. If you want your brand to be where the action is you need lots of compelling content. So like GM, it's time to get wise, get focused, and jump on the content bandwagon.