Most marketers are tweeting too much on the wrong days, not using hashtags enough and almost never do the one thing that will dramatically boost their retweets — ask for them — according to a new study looking at how marketers useTwitter from Buddy Media.

The social media marketing firm, which was recently acquired by Salesforce, looked at 320 Twitter handles from the world’s biggest brands from Dec. 11, 2011 to Feb. 23, 2012. Among the findings: Twitter engagement rates for brands are 17% higher on Saturday and Sunday compared to weekdays. However, most brands aren’t taking advantage of this phenomenon and, on average, only 19% of the brands’ tweets were published on the weekend. If a brand spaced its tweets out evenly throughout the week, then 28.6% should occur on the weekends. A full copy of the report can be found here.

In general, as the chart below shows, according to Buddy Media, the brands are tweeting way too much in the middle of the week and not nearly enough on the weekend: 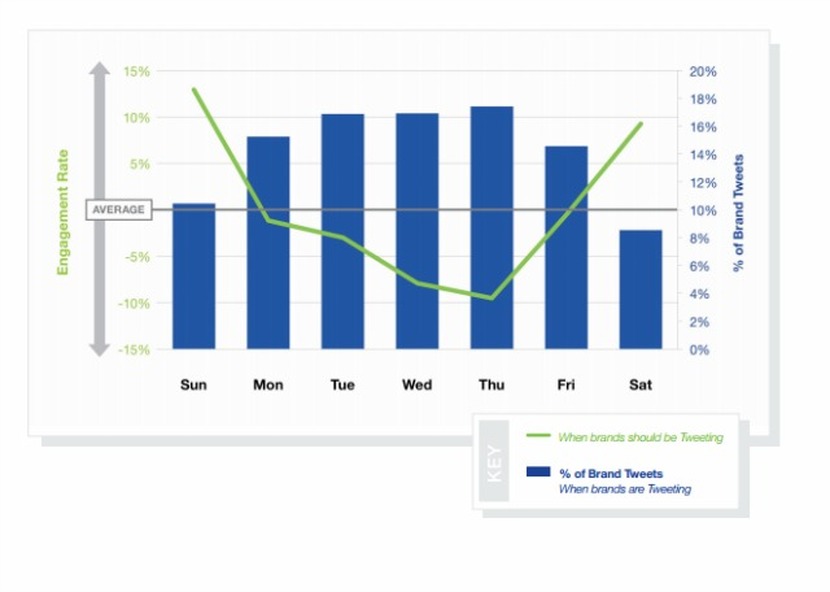 Despite the strong showing for Saturday and Sunday tweets, the study also found, paradoxically, that tweets published during “busy hours” performed best. Tweets during such hours, defined as between 8 a.m. and 7 p.m. in the study, got 30% higher engagement rates than those those that occurred after-hours. Twitter’s performance in this respect is the mirror image of Facebook, where posts on “non-busy hours” get 17% higher engagement. As a result, Buddy Media recommends using both Facebook and Twitter for your outgoing communication, but using them at different times, which are outlined on the chart below: 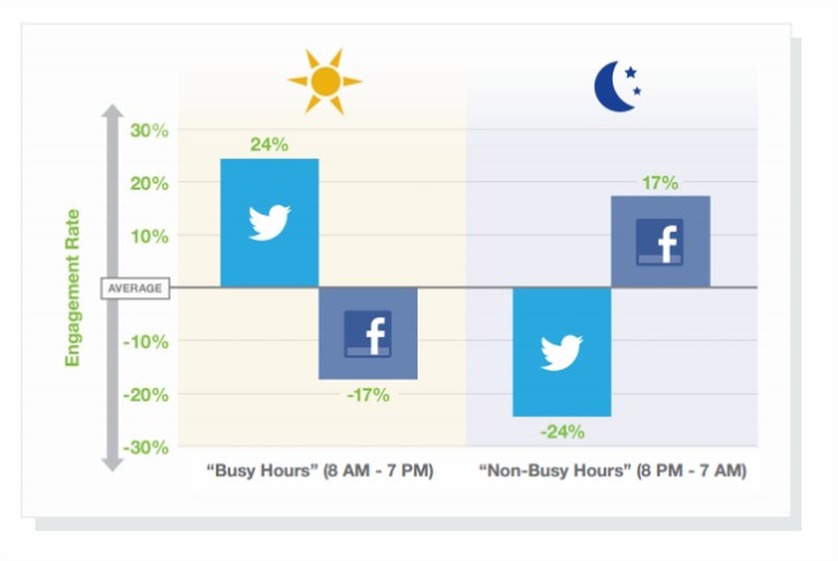 Meanwhile, the “tweet spot” for the number of tweets per day appears to be four. After that, the law of diminishing returns sets in. 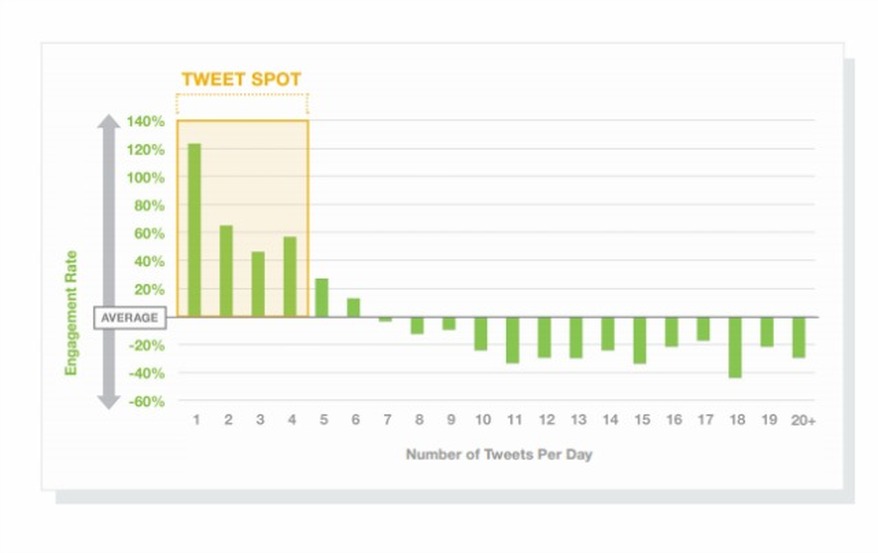 As for the tweets themselves, Buddy Media suggests keeping them to fewer than 100 characters. Tweets of that length got a 17% higher engagement rate than other, comparatively windy tweets. While you’re tweeting, it’s also a good idea to include a link, since such linked tweets have an 86% higher retweet rate than their linkless counterparts. Of course, the link should work. They often don’t and in 92% of cases, Buddy Media determined that was because they didn’t insert a space before the link.

Other findings in the report:

Though 77% of brands in a recent poll said that Twitter was a top priority, Tami Dalley, VP-insights and analytics at Buddy Media, argues that there’s room for improvement. “It’s great that brands are active on Twitter,” she says, “but it’s crucial they know best practices for publishing engaging content. Reach and engament can vary drastically with minor tweaks.”