Facebook Fraud - How Much of Facebook’s Ad Revenue is Legitimate?BY MICHAEL SHEDLOCK

I do not pay anyone to direct traffic to my blog and I do not ask people to click on ads they are not interested in. Nor do I want them too.

On several occasions, I even reported myself to Google.

Because I accidentally clicked on an ad. It's easy to do when scrolling, even on your own blog. I don't pretend to be a knight in shining armor, but I do think honesty is the best policy.

On each occasion I reported myself, I believe Google made a small adjustment to my ad revenue, and theirs as well.

Here's the question of the day: When tens or hundreds of millions of dollars of stock market valuations are on the line, does integrity go out the window?

The following video brings the above question into play.

Link if video does not play: Facebook Ad Revenue Fraud.

Please play the video. It's a real eye opener that is hard to describe. You will enjoy it.

Facebook vs. GoogleFrom my experience, Google is very meticulous about weeding out fraud. If you pay money to generate clicks or impressions on your site, Google will drop you from its ad program.

Addendum:Just moments after I made the above post, I received an email from Lenny Teytelman regarding his company's experiences with fake "likes": What do Facebook “likes” of companies mean?

The moral of this story is don't pay for "likes", don't pay to have someone drive traffic to your site either.

Mike 'Mish' Shedlock Mish is a registered investment advisor representative for SitkaPacific Capital Management. Sitka Pacific is an asset management firm whose goal is strong performance, low volatility, regardless of market direction. He has a blog, "Global Economic Analysis" which has commentary 7-10 times a week, and is a "professor" on Minyanville. Mike does weekly live radio on KFNX, the Charles Goyette show every Wednesday. When not writing about stocks or the economy he spends a great deal of time on photography. He has over 80 magazine and book cover credits. Some of his Wisconsin and gardening images can be seen atMichaelShedlock.com. 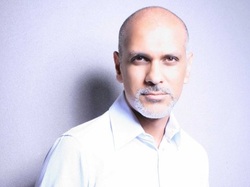 Raaj Kapur Brar runs a small but successful empire of online fashion magazines from his base just outside Toronto. Some of his titles are huge online brands, such as Fashion & Style Magazine, which has 1.6 million Facebook fans.

Raaj Kapur Brar runs a small but successful empire of online fashion magazines from his base just outside Toronto. Some of his titles are huge online brands, such as Fashion & Style Magazine, which has 1.6 million Facebook fans.

Even his niche brands, such as South Asian Fashion, are huge — it has 1.7 million fans. A typical Fashion & Style post will get 2,000 likes.
His umbrella company, Fetopolis, is exactly the kind of marketer-publisher that Facebook has encouraged to take advantage of its 1.2 billion-strong audience. Fetopolis' titles post a constant stream of new pictures and fashion ideas, his followers love them, and he gets money from clothing labels to push content.

Recently, however, Brar has fallen out of love with Facebook. He discovered — as Business Insider reported recently — that his Facebook fanbase was becoming polluted with thousands of fake likes from bogus accounts. He can no longer tell the difference between his real fans and the fake ones. Many appear fake because the users have so few friends, are based in developing countries, or have generic profile pictures.

At one point, he had a budget of more than $600,000 for Facebook ad campaigns, he tells us. Now he believes those ads were a waste of time.

Brar's take is a cautionary one because Facebook has 25 million small businesses using its platform for one marketing purpose or another. Many of them are not sophisticated advertisers — they are simply plugging a credit card number into the system and hoping for the best. This is what can happen if you don't pay careful attention to contract language, or the live, real-time results your campaigns on Facebook are having.

A review of emails from Facebook, ad campaign dashboard screengrabs, and billing records show a confusing, acrimonious dispute in which both sides believe the other acted badly. It's not even entirely clear what Brar's total spending was: Campaign budget data seen by Business Insider appear to show that Brar ran at least $489,000 in ads on Facebook. One email from Facebook demands payment of an unpaid bill for $370,000. Brar himself believes he ran up to $640,000 in ads.

To be fair to Facebook, this is the advertising business — the company can guarantee exposure but not results. Advertise the wrong thing in the wrong way, and you'll lose your money. Clearly, the vast majority of businesses that use Facebook for marketing are pleased with the experience. Facebook's growing revenues, up 63% last quarter, indicate it is only getting more successful at selling advertising, not less.

And, of course, Brar is a disgruntled former customer with a bone to pick. There is a fair amount of he-said, she-said in the retelling of what happened between Brar and Facebook. Obviously, both sides dispute what the other is saying.

A Facebook spokesperson told us, "This business owner is using press as a customer service channel. In fact, very recently he has asked us to allow him to run more Facebook ads on credit. We have been in touch with Raaj and hope to continue working with him directly, and not through the media, to find a solution. When he asked us to look into a specific click report to verify referral traffic, we did so with bit.ly and verified that the number of clicks reported were accurate."

Here's how Brar believes it went down: He became interested in advertising on Facebook in 2012, and he took it seriously. He went to Facebook's local Toronto office where he was trained to use the advertising interface. They set up the campaign, and ran a small "beta" test. Then, in late October Brar pulled the trigger on a massive push through Facebook's Ads Manager. He used Bitly and Google Analytics to measure the number of clicks his campaign was generating.

The results were disastrous, Brar says.

Facebook's analytics said the campaign sent him five times the number of clicks he was seeing arrive on his sites, which Brar was monitoring with Bitly, Google Analytics, and his own web site's Wordpress dashboard. There was a reasonable discrepancy between the Bitly and Google numbers, Brar says, but not the five-fold margin between Google's and Facebook's click counts.

At one point, data from Facebook indicated his ads had delivered 606,000 clicks, but the site itself registered only 160,000 incoming clicks from Facebook, according to data supplied by Brar. (160,000 clicks is a not insignificant return. After all, these are not clicks on a mere Facebook page, these are users who clicked through to an off-Facebook site.)

Worse, after just a few days of running the campaign — at a spend rate of up to $100,000 a day, the kind of budget that Macy's or Walmart might devote —  it became clear that the revenue being generated by the campaign would never pay for the ads. Brar was hoping that the small sum he was paying for Facebook ads would be profitably eclipsed by the much more expensive Google ads he was running on his websites. He was arbitraging the traffic, essentially — which is a routine practice in online marketing.

Brar's tests had suggested that the return on his investment in ads might by two or three times their cost. But when the full flight of ads ran, it was a tiny fraction of that.

"I don't know what to say, right? This is a huge loss. This ran for four days, then we just stopped the campaign," Brar says.

Then the fake clicks arrived.Then, things got worse. Even though Fetopolis wasn't advertising, the likes and new followers kept on piling up. Normally, an advertiser would be pleased at such a result, but every time Brar checked a sample of the new fans he found people with dubious names; a picture of a flower as a profile shot; and fewer than 10 friends — classic signs of a fake profile.

Facebook advertising has a little-discussed problem: When you run an ad, people operating fake profiles will click on the ad and like your page simply to make their own fake profile look more genuine, as if it is being operated by a real person. These fake clicks come from click farms, which are an entirely separate illegitimate underworld within social media marketing. Often based in Asia, click farms exist to defraud legitimate advertisers by delivering vast numbers of cheap clicks that would otherwise not occur. Genuine advertisers attract fake clicks in two ways: Directly, through fraudulent clicks on their ads; and indirectly, when click farms try to camoflage their fake user profiles by clicking randomly on whatever ads are targeted at them.

Facebook works hard to get rid of fake accounts. In its annual report, the company said that only about 0.4% - 1.2% of all active users are abusive accounts that create fake likes.

Nonetheless, a badly targeted campaign can generate huge numbers of fake fans and bogus likes. This appears to be what happened to Brar.

"We spent over $600,000-plus to get these fans. And we haven’t run any campaigns for over two years, but still our pages are growing at 100,000-plus new likes every week. And I bet that most of them are fake likes with fake profiles," Brar says.  "How many did we pay for that are fake?"

Facebook does not allow audits.Naturally, Brar began disputing his bill with Facebook. He wanted his clicks audited by a third party, to see how many were genuine. Then he discovered that Facebook's terms of service forbid third-party verification of its clicks. That's something all advertisers should be aware of before they spend a penny on Facebook: Facebook has operated this way for a long time, and has a page for advertisers explaining in more depth why third-party click reporting may not match Facebook's click counts. Essentially, Facebook suggests, if clicks are not measured in exactly the same way over the same time intervals then there will always be discrepancies.

Facebook is different from the rest of the online ad industry, which follows a standard ofallowing click audits by third parties like the IAB, the Media Ratings Council or Ernst & Young.

"I asked Facebook, can you provide any third-party evidence besides your own server analytics? Because we're losing money here right now. They said no, we've checked our systems and no one else reported any issues."

"I have to take your word for it?" Brar said. "It was 'thank you for your money, no we're not wrong, all the other third parties are wrong.'"

Brar declined to pay the bill. He told Business Insider that his magazine titles did not generate enough revenue to cover $600,000. His credit with Facebook was ruined. He offered to pay cash in advance for future campaigns but Facebook demurred. Facebook did not sue Brar or pursue him further for the money, however.

In the year or more since the campaign, Brar says. He has tried to figure out what portion of his fanbase is fake. "But Facebook doesn't have a tool for that," he says.