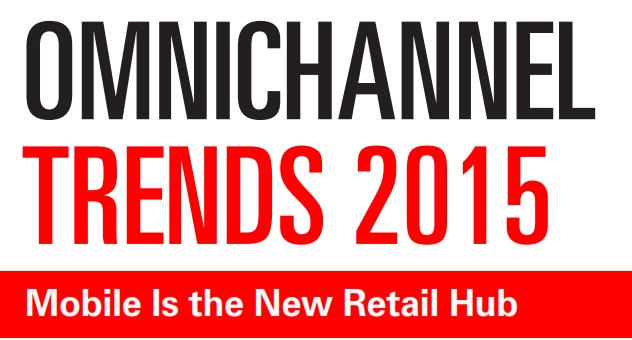 Consumers don’t think about online or offline - they’re shopping. Most retailers, on the other hand,
are still having trouble providing a unified shopping experience. In a survey by SPS Commerce and Retail
Systems Research (RSR) published in October 2014, only 5% of businesses said they have executed most
of their omnichannel strategies, while 37% haven’t even begun
Key highlights of the study below.
At the bottom of the page, you can download the full report

Although digital captures more sales and influences in-store purchases each year, eMarketer estimates that
a relatively small portion of retail sales—roughly 7.1% in 2015—will take place online. Even in this year’s holiday
season when ecommerce experiences a spike, only 8.4% of sales will be online. When shoppers buy something,
more often than not they are in a store.

THE PHONE IS THE NEW RETAIL HUB

While the vast majority of retail purchases still take place in stores, the purchase decision process increasingly flows through smartphones. There are a few exceptions: Most groceries and packaged goods aren’t reconsidered each time. But for considered purchases, people are researching online before and during their time in a store.

Mobile is the catalyst for sales captured elsewhere. eMarketer estimates that there were 146 million mobile shoppers in the US this year, up 23 million from 2013. Only about half of smartphone shoppers, however, buy anything on their phones. eMarketer expects that mobile will account for only 1.6% of total retail sales in 2015.
Even so, most mobile research leads to a purchase, just  not on the smartphone. In the xAd/Telmetrics survey, between 70% and 80% of US smartphone or tablet users said they had completed or would soon complete a purchase related to their smartphone search.
“Omnichannel is going to be managed by the consumer,” EngageSimply’s Shapiro said. “The consumer is going to take a much more active role in telling retailers and brands what they’re interested in and when.”  Adding flexibility can have a direct effect on sales, especially in fulfillment. A big trend this year is the rise of in-store pickup, which, for example, accounts for 10% of Target’s online sales, according to the retailer.

DATA UNDERPINS OMNICHANNEL
Omnichannel starts with a management commitment to eliminating silos, but it runs on the free flow of data.
Inventory visibility and variable fulfillment depend on it, but the effect permeates all aspects of retailing.

This commitment to DATA has  a fundamental impact on the consumer experience by giving shoppers the flexibility and service that they want.

Omnichannel is becoming so fundamental to retail that it’s meaningless to have a separate discussion about it. It touches every aspect of retailing, from merchandising to marketing to fulfillment.
Download the full report below