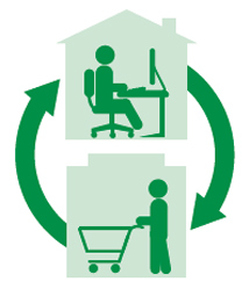 Click the image to read the original report
NEW YORK — We've all heard of the rise of showrooming, but a new holiday shopping survey by Accenture says "webrooming" will actually be more popular this holiday season.

Showrooming is the consumer practice of shopping competitors for comparisons online while in a retailer's store. Webrooming is sort of the opposite - shopping online first and then taking a trip to the store to see the item first hand and seal the deal.

According to the new Accenture Holiday Shopping Survey, more shoppers are likely to participate in showrooming this holiday season vs. last year (63% vs. 56% a year ago,) but even more - 65% - say they plan of partake in webrooming.

"Survey respondents said that avoiding shipping costs (47%) and being able to touch and feel a product before purchase (46%) were their primary motivations for webrooming," according to a release.

Accenture, a global management consulting, technology service and outsourcing firm, surveyed 500 U.S. consumers in September for the report. Among other things, the survey indicated consumers intend to spend an average of $646 on gifts during the season, up about 11% from last year. 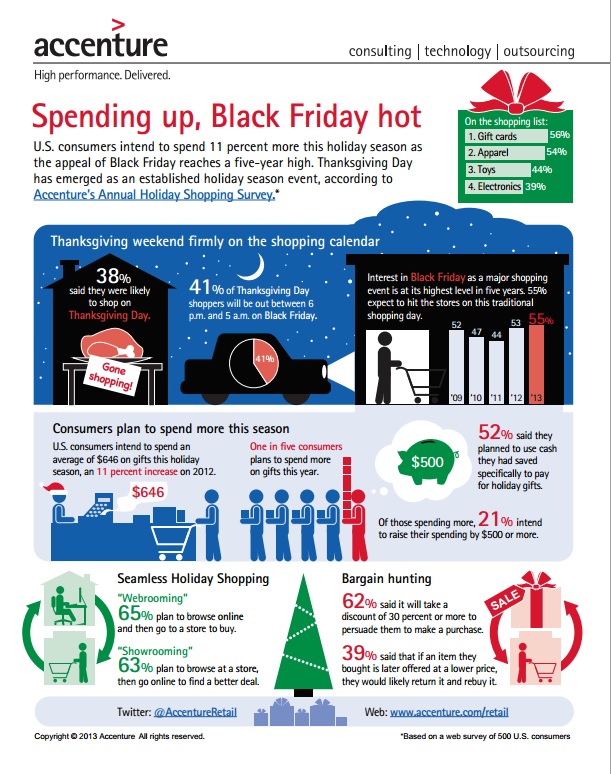 Accenture conducted an online survey of 500 U.S. consumers in September 2013. Based on their response, spending is expected to increase, consumers will be laser focused on discounts. While many plan to be finished with their retail shopping by the end of November, they’ll still be in the stores and online comparing prices (and aren’t afraid to return if they find a better deal).

The appeal of shopping on Black Friday is still alive and well. In fact, the highest in 5 years. With retailers opening doors early on Thanksgiving, many are starting to consider this as “part of the event”. Though almost half (41%) still consider this a time to spend with family and won’t be shopping. 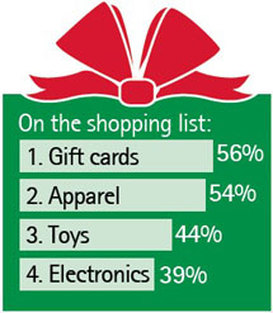 After a tough year, consumers want to treat themselves and their families this holiday season. With an increase in discretionary income, shoppers will still be “sensible”. Some of the highlights of this year’s results include:

While most people will still use their PC to make online purchases, there is an increase in the use of tablet and smartphones to make purchases. Though with the cost-conscious shoppers, they’ll primarily be shopping at discount stores and looking for discounts upwards of 30% throughout the season.